One hundred days of pie: No.8 The Rolling Pin 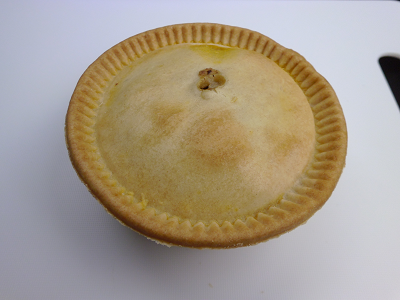 When I hear the words Rolling Pin they always conjure up images of angry mother in laws stomping down the street waving one about in the air or a dragged up Les Dawson wearing a hairnet. There’s probably some deep rooted psychological issue behind this though I imagine.

The Rolling Pin is situated in the Newtown area of Wigan, not too far from the DW Stadium yet despite this I had never, ever sampled its wares until I started writing the book mainly because I’m from the other side of town.

Both sides of town have seen their independent bakeries decimated over the years and this side have lost Whittles (famed for kebab pies), the Orrell Bakehouse (apparently was the best meat and potato for miles around) and the Village Bakery among others. Is the Enfield Bakery still going?

The Rolling Pin stands tall as a remaining veritable institution. There’s nothing complicated about their pies; a very regimented crimp containing fresh potatoes and mince which the locals queue out of the door to buy. A delight to eat. Indeed, the bloke in front of me when I visited ordered twelve! 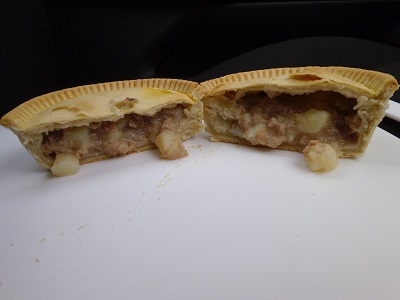 There’s another 313 pies like the above featured in Life of Pies. If you want to order a copy of the book for just £9.99 plus postage please click this link www.lifeofpies.co.uk/buy