One hundred days of pie No.43 Mobberley Village Bakery 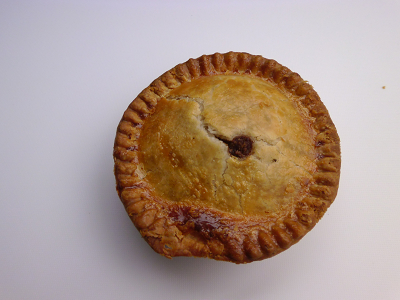 I seem to have gone overboard praising some of the better pies in the book the last few weeks, well today I thought I’d cover one of life’s little disappointments. Mobberley is a posh little place situated equidistant between two wealthy Cheshire towns, Knutsford and Wilmslow.

I was working nearby with a limited lunch window and decided to give this one a bash based on its proximity rather than recommendation. After driving past Jodrell Bank and getting lost alongside massive houses and ultimately doing a three point turn in someone’s excessively long driveway I eventually found this little, bustling shop complete with bubble van outside.

There’s a lot going on here and with hindsight, the chicken madras pie would have been a better option but as this was early on in my mission I sought out the meat and potato. My initial reaction was that it was either very small or a long, long way away and the latter proved to be the case.

Nothing wrong with the pie at all, just that it would have taken about three of them to do the job properly. I hope the Lynch Mobb of Mobberley don’t come after me when they read my scathing review.

SORRY IF THIS REVIEW WASN’T VERY SATISFYING, IT’S A BIT LIKE YOUR PIES REALLY ISN’T IT? 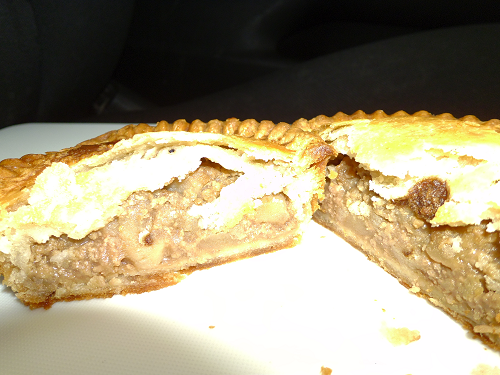