One hundred days of pie: No.38 A Glovers Butter Pie 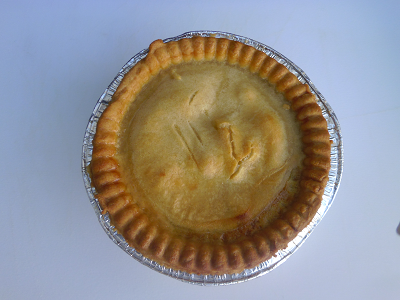 Ah yes, the butter pie: talk about a pie which divides opinions.

I had one the other day from Galloways and my personal opinion is that they are pleasant, but I’d always rather have a bit of meat in there if possible.

For the uninitiated, this is a pie made with butter, potato and onion. In much the same way as Friday is “chippy tea” day, the Butter pie was conceived as a way for all good Catholics to get a filling meal on the days when eating meat was forbidden.

It’s origins appear to be in Preston or at least within Lancashire and I have written previously also about the “affordability factor”, namely that the pies around here are usually generously filled with potato mash and pepper and only sparsely populated with mincemeat due to the expense in a tradition that holds to this day.

Whereas the concept of a “butter pie” can repulse some people even down the road in Wigan as it sounds a bit too sickly, it is still much revered by Prestonians and the surrounding areas. Indeed if you recall my first “100 days” when I visited Rounds, they are another fine exponent of this delicacy yet I went for the meat and potato.

No such issue here as Glovers of Bamber Bridge served me up a heavy, highly filling butter pie of the highest order. 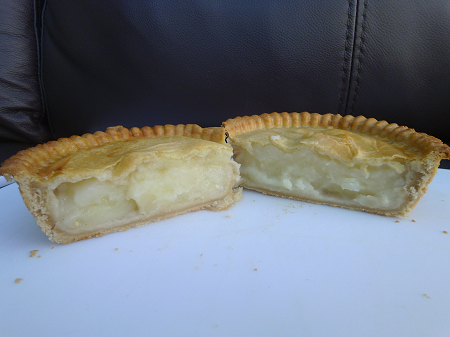