One hundred days of pie No.34 The mystery of the Purbeck Smokie 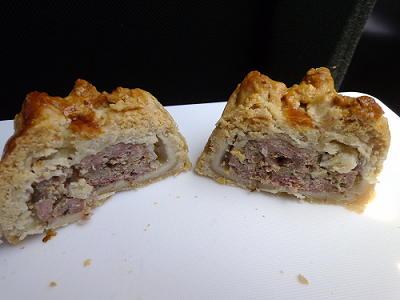 Yesterday I revisited my trip to Corfe Castle to get a Bridport Gourmet Pie. That wasn’t all that I picked up on my travels there. You see, the small general store at the foot of the castle, Clealls (which I believe has since shut down) had a wide range of pies and my natural gluttony meant that there was no way that I was stopping at just one.

However, the second purchase was no ordinary pie. It was a magic pie. The amazing disappearing pie. The pie which never existed.

I pointed at it from within the cabinet and did an Andy from Little Britain style “I want that one” and the lass serving wrapped it up for me. It was called a Purbeck Smokie and upon inspection it had a delightful gift wrapped twirling top crust folded upwards (albeit terribly flaky) and inside a very uncured, almost gamey type texture and flavour to it.

I also then noticed from the wrapper that it was nearly two months out of date. But I like to live dangerously like that.

So why the mystery? Well, upon returning home I had to Google to find out a bit more about it and….and….nothing. It doesn’t appear to exist, at least not in the cyberworld.

Even my camera went all blurry on me when I tried to take a picture of it….. 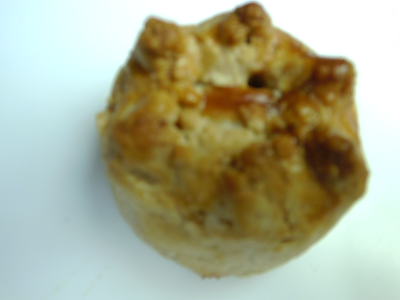 So if you know anything about the origins of the Purbeck Smokie, please drop me a line. Using the “Contact Me” link at the top of this webpage I’ve not got around to fitting yet.