One hundred days of pie No.31 Greggs meat and potato pie 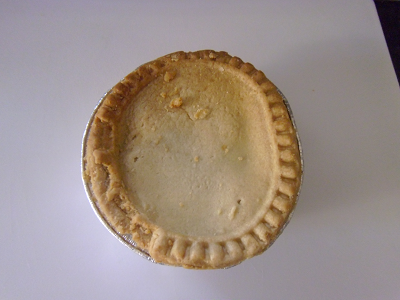 Every good book needs a pantomime villain and somehow Greggs seemed to inadvertently fit that bill. I’d be rambling through some town centre, searching for that elusive traditional butchers or bakers and I’d get hit with a wall of garish blue whether I was in Barrow or Basingstoke.

The ubiquitous Greggs. Their only crime was to get too big. And now they get blamed for the fact that people are too big. The thing is I go to Greggs a lot. I work in an office and Greggs is cheap and they have approximately 700 branches in the Arndale Centre.

They have a debit card machine in their shops but I don’t know why as you can buy one of everything in the shop for approximately £7.60.

I tend to have a baguette and some soup during the week as there’s something about having a pie for lunch at work that feels a bit naughty, like having a few pints. That’s before you get to the multitude of bakes and slices. The pizza slices are big and cheap as well and they also have a novelty bake of the month, the current incumbent being a BBQ Pulled Pork slice which is as sickeningly sweet as a fairy princess.

The final irony with Greggs is that they don’t actually sell pies in a lot of their shops. I went in one in Newcastle last year, the home of Greggs and there was none. It’s a similar story in airports and service stations and all the other wacky places they pop up. 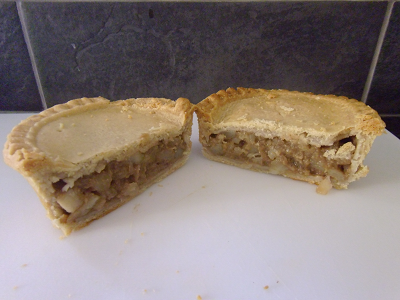 However, in the North West they cater for their core market by putting hefty meat and potato pies on their shelves competitively priced at £1.30.

Whereas it might be en vogue to slag off Greggs, I can safely say that from a pure pie perspective they’re big and bold, exceptionally well filled and great value. Perhaps could do with a bit more seasoning and the crust is a tad crumbly but faced with the option of this or a steak bake or sausage roll, there’s only one winner. 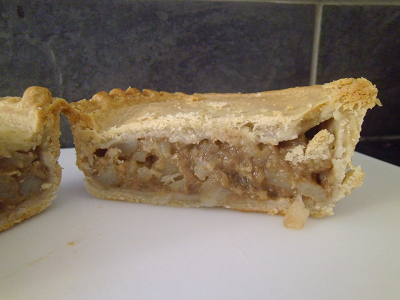