One hundred days of pie No.30: Meat and Potato Pie from Hollingworth Bakery 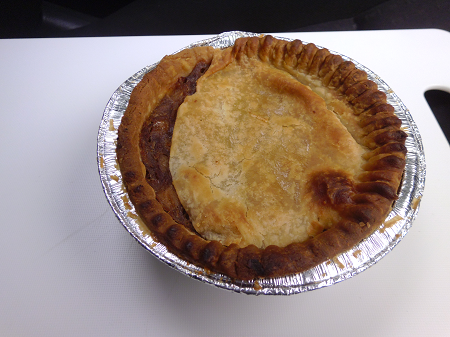 You may well have gone past Hollingworth Bakery. Indeed, I did several times without noticing it. The one thing that my frequent trips to Barnsley, Sheffield and all points east involved was a traverse of the infamous Snake Pass which connects Manchester with the White Rose County.

It’s infamous not only for the treacherous weather conditions during the winter months but also for the fact that 99.99999999999% of the time you attempt to use it you will get stuck behind a HGV for twenty miles of undulating, acute roads which in the summer also get clogged up with walkers, motorcyclists and fat Sir Bradley Wiggins wannabes.

During my many sorties across to Yorkshire I frequently invented new swearwords just to curse at the Iceland lorry in front, only for him to give me a “double indicator” nod when I finally overtook him thirty miles to say “thanks for waiting”. I feel like such a tosser now…..

There is salvation at hand though in the form of Hollingworth Bakery. The day I went across to Percys (featured yesterday) I simply couldn’t face the inevitable traffic sprawl. But at that point I spotted this tiny establishment built into the flanks of terraced houses.

Pulled straight on to the kerb and got meself a meat and potato pie. A speculative, spontaneous selection but that made it all the more appetising and considerably improved my mood.

It should be made mandatory to visit here before your crossing, like a toll booth but you get a pie for your £1.40.

The Transport Agency could enforce this by putting up one of those helpful signs which say stuff like “DON’T DRIVE DRUNK” like they do on motorways, simply saying “DO NOT DRIVE ON AN EMPTY STOMACH” or even the more direct “EAT PIES BEFORE DRIVING” 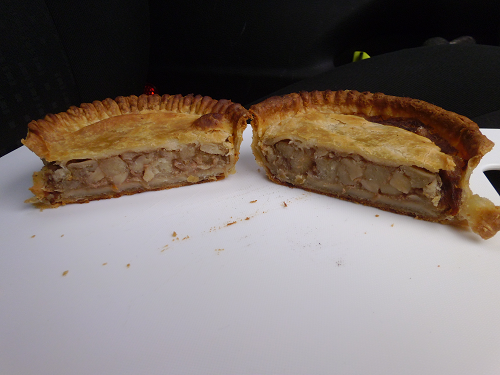