One hundred days of pie: No.23 Galloways of Wigan 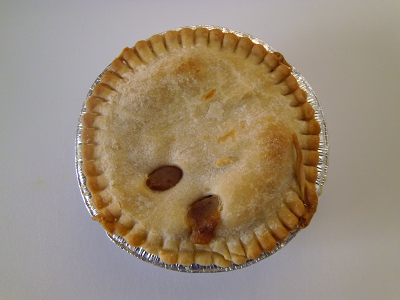 Time for another pie of the day. I missed a couple of days and can only put this down to day job pressures, and “other” hobby pressures of trying to get a magazine ready for the new season.

Regular, pedantic readers will have noticed that I’ve now missed a total of 10 days since I first set out to deliver to you 100 pies in 100 days.

However, this does not reflect a wider slippage in proceedings. Indeed my original statement in “pie number 1” was as follows:

“I reckon it’s around about 100 days away. If I’m true to my word then the official book launch date will be around about the 21st October. Let’s see…..”

As I took those days off to actually proof read the thing properly, I’ve now had word that I provisionally expect delivery of the book on and around Wednesday 22nd October with pre-orders despatched that very day (if possible) and a launch provisionally pencilled in for Friday 24th October.

In terms of the blog, I do not intend to catch up by posting multiple pies on the same day. Eating two pies in one day is slightly gluttonous (says the man who frequently ate four or five pies in one day) and each one should be savoured and given its own day in the limelight.

It’ll probably just run over a bit until I reach my target and get these hundreds of spare pie pics I’ve accumulated posted onto the Internet.

You’ll be wanting a pie then. This one doesn’t need much of the limelight as it’s already revered in the pie hotbed that is Wigan and indeed in the Life of Pies book. So much so, I’ll be heading into town to get one of these for my dinner in the morning…..

All hail – the Galloways meat and potato pie: 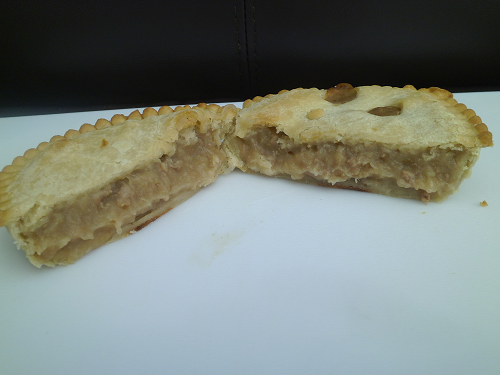