One hundred days of pie: No.20 Pork Pie from Elliotts of Northampton 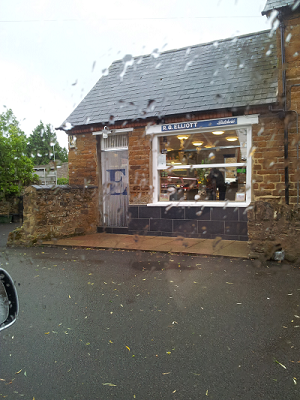 What happened here was that I tried repeatedly to get in touch with Dunkleys, a champion pie maker around these parts but when I eventually did they were a touch rude to me on the phone.

My ire was further stirred by the fact that sometime last year Wetherspoons took their pies off the menu (as indeed it is Dunkleys that used to supply them). To this very day, all you can get in that fine bastion of Britishness and knock down ale prices that is a Wetherspoons is a steak pudding. SHOCKING ISN’T IT.

So having given up on Dunkleys and given up on Wetherspoons, I ventured to this butchers in the village of Kislingbury and all they had on show were massive growlers.

I’ve not quite worked out whether Northampton is in the Midlands, South East or East Anglia but what I do know is that this massive pork pie definitely takes it steer from the Melton pork pie style: Coarse, large and spicy. Yum yum. And yes there really is an Elliotts Butchers, Corrie fans! 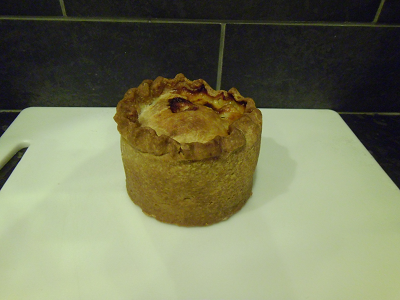 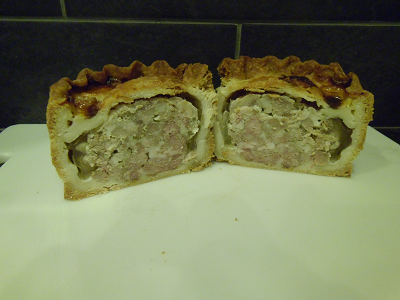