One hundred days of Pie – No.14 Haffners meat and potato pie 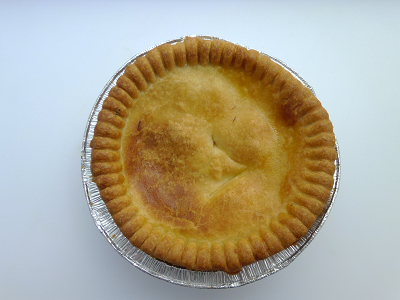 Seeing as they followed me on Twitter yesterday, it feels as apt a time as any to feature one of East Lancashire’s finest. Down the road in Accrington and Blackburn, you have the veritable pie twin giants of Hollands and Clayton Park but this small butchers’ in Burnley is more than a match for the pair of them.

Situated slap bang in the town centre, Haffners is a traditional butchers with strong emphasis on pies. And they are big, bold butcher’s pies as well at a remarkably competitive price.

In Lancashire, the meat and potato pie seems to focus traditionally on the potato whereas over the Pennines in Yorkshire, the meat takes over and is generally bulkier steak meat rather than mince. with Burnley being so close to the border, I thought this pie took the best of both worlds, ramping up the meat ratios yet still moist with potato and gravy.

They also have a strong range of other flavours including steak and kidney, chicken curry and pork and have recently started producing “steak & claret pies” in homage to Burnley Football Club’s return to the Premier League. Haffners produce a pie which like the town’s football team is partisan, individual with no airs and graces just an honest, wholesome, satisfying feed. 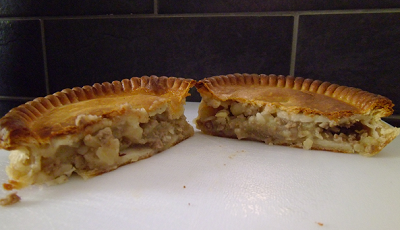