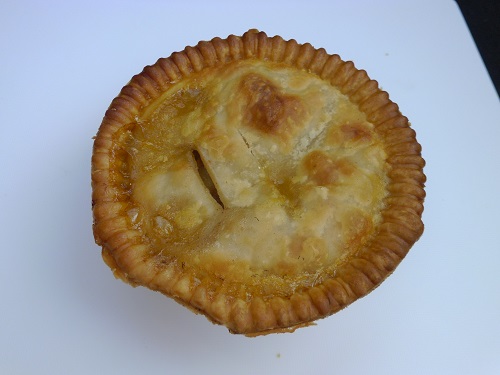 February 2012 saw me still tippy-toeing around the North West in my often extended lunch hour and so it was that I found myself being given the evil eye by a track suited youth outside Macclesfield court house. Not surprising really as I was doing a voice recording and holding my phone like one of those tits out of the apprentice. He probably wanted to stab me.

Yet I ventured across the road and into the meat market that is Marshall Spearings butchers in the serene East Cheshire town of Macclesfield. “Got any pies love – preferably hot”. The middle aged crone serving was transformed in an instant into a glamorous game show assistant with a sparkling gleam emanating from her nashers as she waves her hands across a tray of pork and meat vessels hand crafted that very morning.

I half expect Leslie Crowther to wander in waving a hand held microphone telling me that The Price is Right. But he doesn’t. Possibly because I think he’s dead.

Anyway, at £1.30 the Marshall Spearing meat and potato hit the mark as the photo evidence below confirms 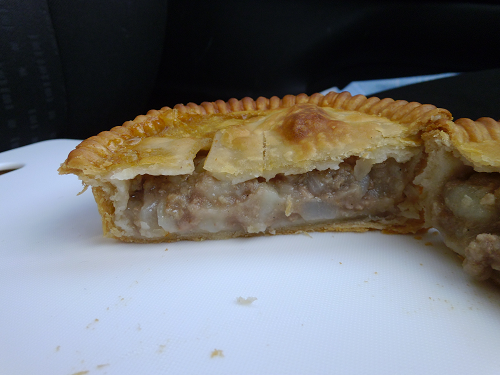 Up next: Ludlow Calling