You don’t get much in this life for free, or so they say. They also say that you get what you pay for. Whoever “they” are that is.

Anyway, I’ve developed a morbid fascination with the whoopsie aisle at Asda. I’ve never worked out whether it is because we, as a country are in a sad state of affairs, or people just like a bargain but there’s always a scrum of people hanging around waiting for the next cheap deal.

Personally, I’m not on the breadline but neither am I a millionaire, still waiting for the book to go global, six years on. I just worked out that sometimes you can get something cheap to whack in the freezer, so I tend to have a nosey at what’s on the shelf, if I can get close enough to see it.

Cue this impulse purchase of a steak and gravy free from gluten pie from Asda for the princely sum of eighty two pence.

Now I suppose I should be considered an expert on gluten free pies, given I have been sat at the judging table for this category at the British Pie Awards for the last two years. However, all I know is that it is very hard to get the pastry right without adding flour and wheat to the equation. I get to try a wide variety of flavours, savoury and sweet, which wouldn’t happen in any other category, so there is an upside to offset the slightly dry pasty.

Still, surely the might of Asda can pull this off? Well, let’s see. The pie certainly looks good on the box. Upon pulling it out, I am slightly concerned to see a cylindrical lid, which looks like it could easily fall apart after thirty minutes in the oven.

However, the pie is a steak and gravy pie, and I think the only place where they have such a flavour (in theory) is north of the border. Everywhere else in the country / world, the gravy is silent. It is a given that your pie will contain gravy, therefore relegating it’s nomenclature to merely a steak pie.

Upon removal from the oven, 30 minutes later, I am greeted by a very dry looking top crust but the smell is delightful and sweet, almost Victoria sponge like in it’s aroma.

I turn the pie over to inspect the bottom and it looks softer, without being soggy and then flip it back over for the money shot……DISASTER STRIKES!!! The pie falls to pieces!! 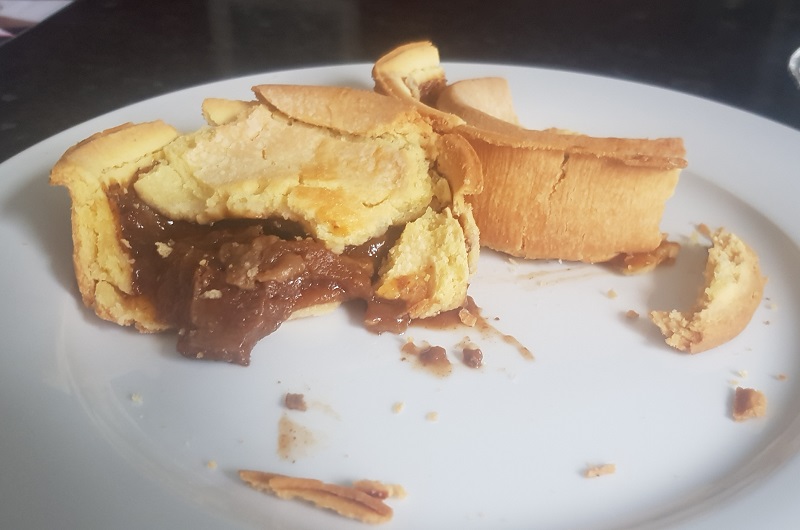 In one half of the pie, the filling appears to have disappeared altogether, or more likely it wasn’t there in the first place!! The other half has a modest amount of meat in there, accompanied by an equally modest amount of gravy, as promised.

The meat chunks are small but not quite minced and there are also some small onion pieces floating around in there. The filling simply isn’t substantial enough to warrant a review however, I’m afraid.

Presentation 5, fell to pieces
Service 7 A self serve purchase from the Tokyo rush hour like corner of the Asda whoopsie aisle
Pastry 6 Pro’s: the shortcrust smells lovely. Con’s: It fell to pieces and is very dry and crumbly
Filling 5 Highly disappointing. If, indeed it is meant to be a Scottish type pie, then I can’t see our cousins North of the border being too enamoured by it.
Taste 6 Again, there was so little in it, it was hard to form a judgement
Value For Money 9. But only because it was reduced.
Portion Size. 6 Not big enough to fill a dormouse

TOTAL 44/70. I don’t like doing bad reviews, #BeKind and all that but this was not good. And it is a supermarket chain who are probably too big and too busy to be bothered by the likes of me. If it was a small chain, I’d be mortified writing the above, as my whole ethos is about spreading the pie love, metaphorically speaking, across independent pie producers.

But I feel cheated, even after making concessions for the gluten free element. Basically, I want another pie as that was less than satisfying. The buttery shortcrust pastry had potential but it’s what inside what counts, and there was a gaping pie filling sized hole in the middle of this one. Boo!!

If you want some tips as to where to find a much better pie, then why not get a copy of Life of Pies from http://www.lifeofpies.co.uk/buy/ 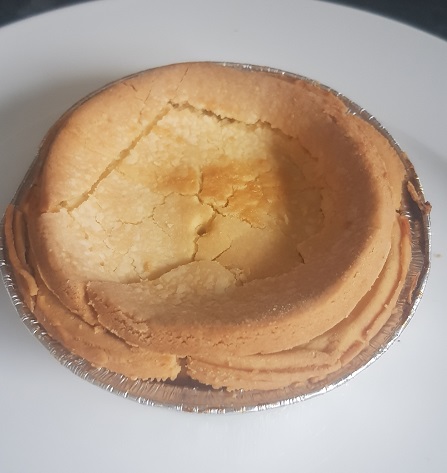 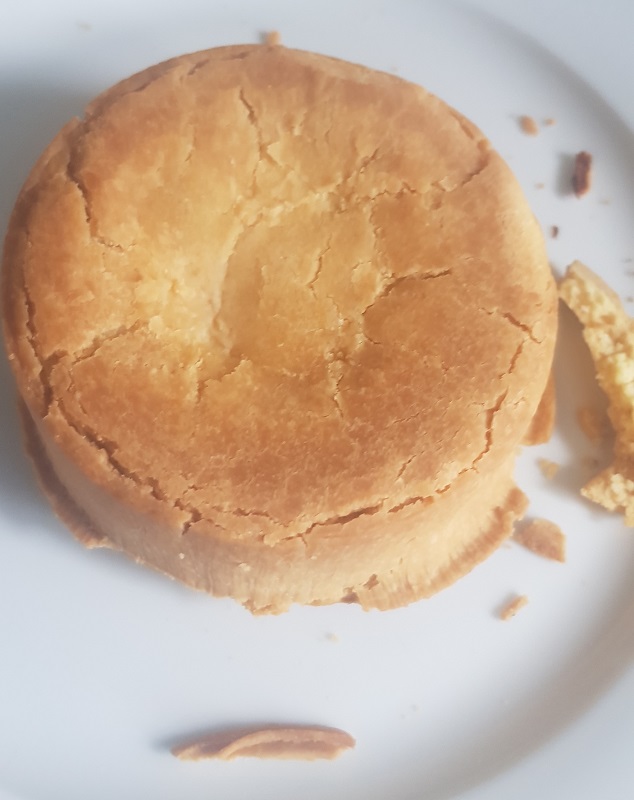 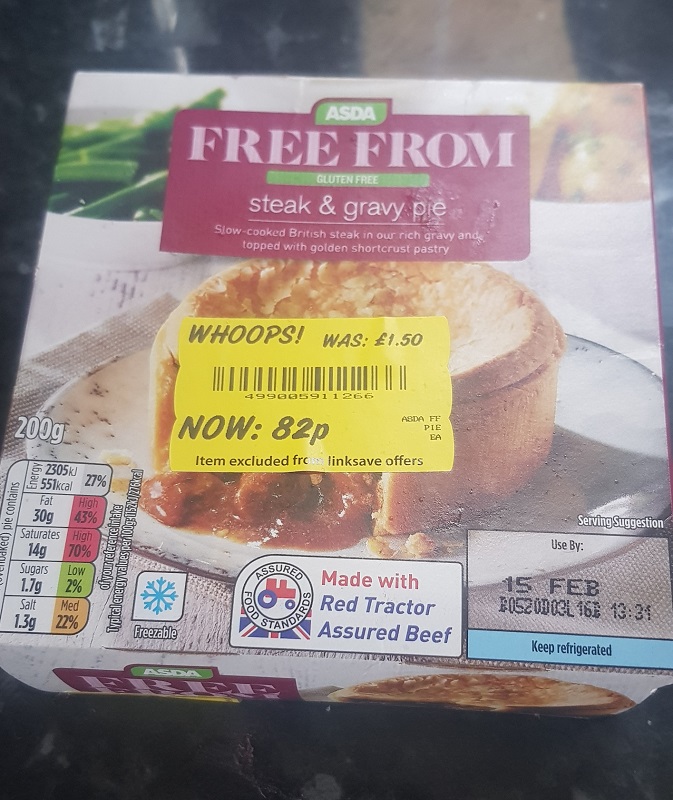