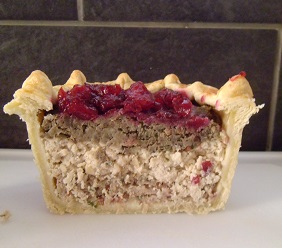 I am currently hurtling at great speed towards my 2014 ambition of publishing a third book, this one  being about pies and presumably as you are reading this blog you may have a vague interest in it. I intend to update this site more frequently over the next few months both in terms of promoting this book, listing details for pre-orders and publishing content and snippets as an appetite whetter.

If it’s not been updated that regularly it’s probably because I’m fighting a battle on two fronts, to finish writing, editing and publishing a printable, readable document as well as keeping an online accompaniment refresh and as we reach the critical point it becomes harder and harder to focus on just one thing.

So apologies but hopefully it will be worth the wait. In the meantime and in the spirit of us all being pie lovers, I’d like to send you somewhere else. Not just anywhere else but to the homes of my fellow pie bloggers. I have found, used and referenced most of these once or twice in the book whilst obviously stopping short of downright plagiarism and of course, good pie recommendations are for sharing aren’t they?

Although I must have spent the equivalent of several weeks Googling, planning, buying online, driving and roaming around supermarkets in search of the perfect pie, here are five of the best websites to help guide you through the pie maze:

This was the first one I found when I began researching. A gentleman from St Helens undergoing a journey quite similar to mine where my own voyage of discovery started – when I was working in St Helens I devised a little spreadsheet of all the bakers and sought them out. I like the idea of a Good Pie Guide, which would be a reference point like the Good Beer Guide but thankfully the site is humorous and light hearted, which is also the avenue I have gone down with statistics only added for geeky purposes. It hasn’t been updated for a while but provides a useful whistle stop tour of the UK pie scene.

Yorkshire based and the home of the hot pork pie. I must admit that prior to embarking on the Life of Pies, I’d have said a pork pie was much of a muchness but that was before I’d handled a greasy growler served straight out of the oven by some of West Yorkshire’s finest. The Pork Pie Club meet on a weekly basis such is their dedication and host an annual awards contest where the ultimate pork pie is crowned. All done in the confines of a public house of course. I have sought several current and past winners in the Life of Pies to judge for myself and with relatives in the Huddersfield area, going for a romp around the many farm shops has become a key pastime. 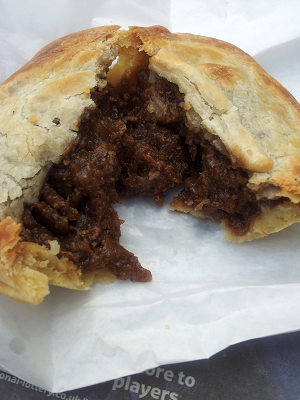 As with the Good Pie Guide, it’s difficult to tell whether this site has been updated for a while but as I spent two years working in Cheshire up until last Spring, I found it an invaluable aid as to where the locals go to stuff their faces when looking for a pastry based lunch.

Just like the Pork Pie Club, it seems to be a pub based ceremonial activity where the best pies are procured, presented and reviewed and due to it’s location I often found myself bombing down country lanes to seek out a pie which they had recommended. It has been a while since I looked at it, but on their recommendation I visited John Moors Convenience Store a year or two ago and last month when I was watching Britain’s Best Bakery, Lawtons Pies of Leek were on it – and there was said pie! Hmm I got told they were made on the premises. Anyhow, the site is a bit messy but there’s lots of little random nuggets and recommendations on there.

Aiming to represent the North East, this is a fledgling site set up last summer which roams around Northumberland and all points North. It appears to have gone to ground a little which is a shame as it’s a vast and beautiful part of the country and I can only imagine the quality of pies which can be procured from some of the beautiful if a little chilly Northern outposts in this fine county.

And last but definitely not least and indeed using the benchmark of quantity and depth of review, dedication and enthusiasm then the Pie Rateers are way out in front.

I discovered the Pierateers when I launched the Life of Pies twitter account early last year and I think we were both a bit wary and surprised of each others’ existence at first like two (pie) gunslingers in a saloon. There is obvious overlap given the common love of pies we share but there are many subtle and indeed obvious differences. For a start there are quite a few of the Pierateers; they feast on savoury and sweet pies and they also rate pies from across the globe (and geographically regular readers will be aware of my unfortunately staunch Northern bias.

Therefore the Pierateers website “treasure map” is like an inverted version of my own pie “heatmap”. Stir into the pot (or foil tray) their dedication, innovation and downright passion and what you’ve got is a website that if you could put it’s ingredients in the oven in a fully encased pastry would represent the perfect pie. The Pierateers have taken pie eating to a cult level and I can only hope my forthcoming pie based travelogue meets with their approval because these chaps are hardcore pie eaters!

As it stands, I dip into it every now and then and click on their regular updates but at some point later this year when Life of Pies is safely nestling on the book shelf being ignored I’ll look forward to putting my feet up and reading all their 350 pie reviews and comparing notes! I do know that their top rated pie from Paul’s Pies is an absolute cracker mind you

I’ve added all the above listed sites to the links page on the right for easy access. If anyone is reading and would like a link adding please let me know and I will oblige.

Life of Pies, the book is now available to pre-order – simply click here to buy